(2) The agency shall be notified and a report shall be prepared and sent, faxed, or electronically transmitted even if the child has expired, regardless of whether or not the possible abuse was a factor contributing to the death, and even if suspected child abuse was discovered during an autopsy.

(b) If, after reasonable efforts, a mandated reporter is unable to submit an initial report by telephone, he or she shall immediately or as soon as is practicably possible, by fax or electronic transmission, make a one-time automated written report on the form prescribed by the Department of Justice, and shall also be available to respond to a telephone followup call by the agency with which he or she filed the report. A mandated reporter who files a one-time automated written report because he or she was unable to submit an initial report by telephone is not required to submit a written followup report.

(c) A mandated reporter who fails to report an incident of known or reasonably suspected child abuse or neglect as required by this section is guilty of a misdemeanor punishable by up to six months confinement in a county jail or by a fine of one thousand dollars ($1,000) or by both that imprisonment and fine. If a mandated reporter intentionally conceals his or her failure to report an incident known by the mandated reporter to be abuse or severe neglect under this section, the failure to report is a continuing offense until an agency specified in Section 11165.9 discovers the offense. 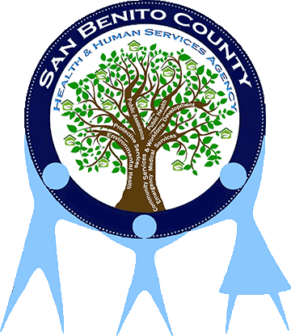 Language Translation Disclaimer
Best viewed withGoogle Chrome and Firefox. Our Agency’s website links to Google Translation as a convenience for those who speak/read languages other than English.  Please be aware that no automated or computerized translation tool produces a perfect translation.  The context of the wording may be lost when translated and some translations may lose the intended meaning. Therefore, the San Benito County Health and Human Services Agency cannot guarantee the accuracy of the translated content.
If any  questions arise concerning the translated version of the website, please refer to the original English version.
Skip to content